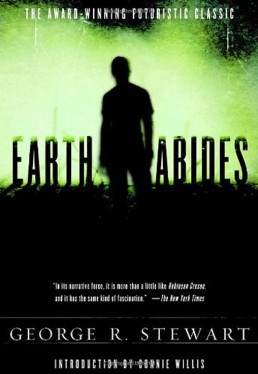 This book should have been easy. I say this with hindsight, with the whole of the apocalyptic genre between myself and it. It should have been easy to follow the last man. It’s episodic, almost self-written. Lonely, thrilling, philosophical, introspective, and beautiful when it needs to be.

That is not this book. This book is almost the opposite. It is almost cold. Detached from its closely held narrator, it tells when it should show, and shows when it shouldn’t have bothered to begin with. You can see the age like cracked leather. An author bound by convention, a status quo preventing him from comfortably exploring the darkness that truly lingers at any human ending. This is no true savagery, nothing cruel for the sake of cruel. Instead it finds comfort in showing you a landscape. One vacant, one devoid of life, and it offers you a chance to feel, but doesn’t insist.

“You may weep for the world, but I have no time. I must move because I am alone, curious, and in need of a story.”

This doesn’t bother me. Were this the story of some stoic academic viewing nature’s reclaiming of the Earth, I would have been fine, even with the telling were it broad enough. Nature is slow and there is much to see. Instead we see a sudden shift, a moment where the book shifts from wanderer to husband and father.

Here the traveling stops. And there is some good here, some perfectly captured moments of youth and ancient wisdom, but that is not most of it. Most of it is nothing. It is the daily grind, the ritual of getting by scorched in stone. Characters come and are given names, but little else. Children come and only some of them are given names, let alone personalities. And when those children are old enough to travel, to venture into this 20-year abandoned world alone and to see things from truly new eyes…we are left at home, watching the remainder get by.

There is no excuse. Only mythos or stupidity could have left such a potentially beautiful narrative on the table. Cities drenched in silence, massive concrete towers like spines of creatures to grand to dare speak of. All of this is lost, left to the imagination in the name of more of what we have already experienced.

It’s frustrating. I did not hate this book. I enjoyed it. Some of it. The moments where he finds himself dragged back to his past, into the memories of books and the long dead souls who wrote them, the subtle ways in which science gives way to superstition not out of desire, but necessity. These are wonderful moments, but they are not enough. There is too much air between them. There is no truly human element.

As a historical artifact the book is to be lauded. It was early, one of the first of its kind. But there is not enough here to consider it anywhere near a classic.

“Man has been growing more stupid for several thousand years; I myself shall waste no tears at his demise.” ― George R. Stewart, Earth Abides